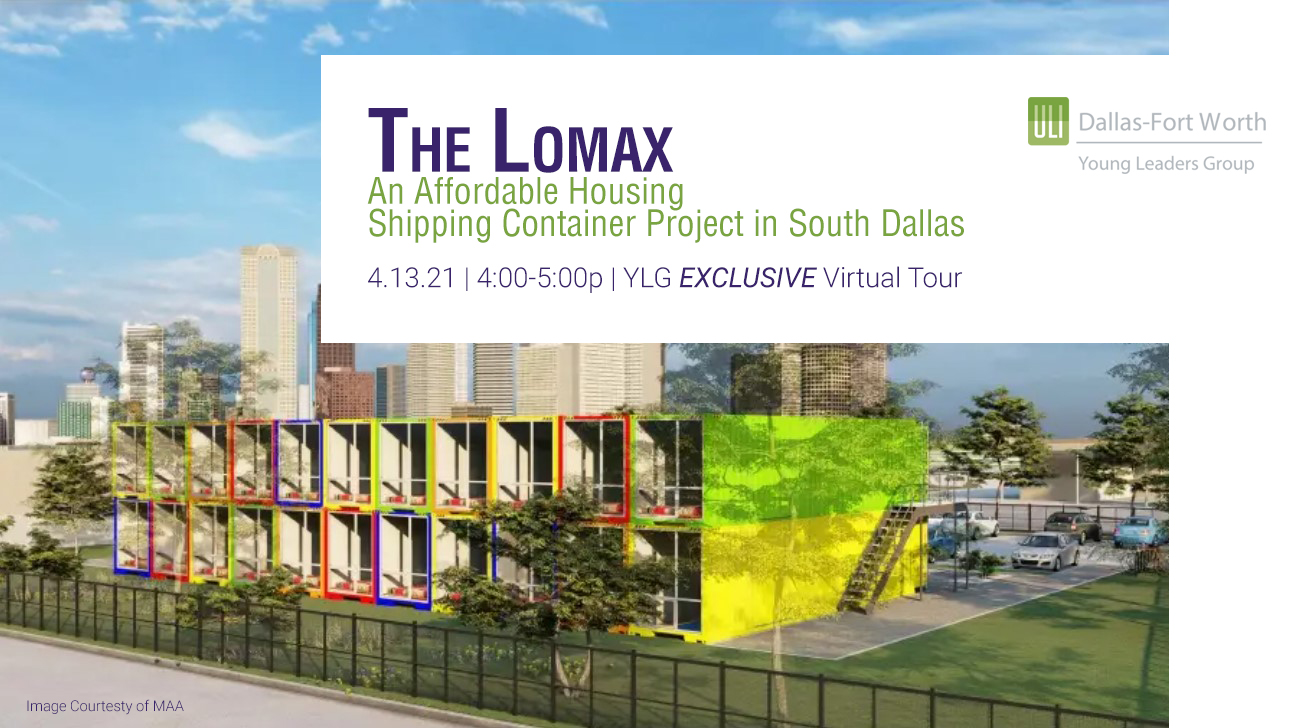 CitySquare Housing in partnership with Merriman Anderson/Architects has designed the Lomax Housing Project, an apartment complex built completely out of shipping containers in Southeast Dallas. The projects goal is to tackle affordable housing in Dallas, creating unique one bedroom apartments for rent at 60 percent of the Area Median Income.
Come learn about this distinctive project and all the pieces that came together to make this a realty! Chad has worked in affordable housing for over 14 years and has overseen a wide variety of programs and developments. He got his start at the Houston Housing Authority, working on disaster relief for families displaced by Hurricanes Katrina and Rita. He then went on to serve in several leadership roles at the Dallas Housing Authority, where he oversaw the Project Based Voucher Program as well as grant funded and specialty voucher programs. In 2015 he joined the CitySquare Housing team and has served as Executive Director of the organization since 2019. Chad has a BFA in mass communications from Sam Houston State University and a Juris Doctor Degree from the University of North Texas at Dallas College of Law. He is a member of the State Bar of Texas and lives in Dallas with his wife, Hillary, and their three daughters, Elizabeth, Katherine, and Beatrice.
View in Member Directory Will open in a new window

ULI Dallas-Fort Worth Housing Series, Part 1: "The Challenges of Delivering the American Dream"