Park City Club 5956 Sherry Lane, Suite 1700 Dallas, TX 75225 United States
ULIDFW Breakfast Forums are content focused, information-dense events, concisely packaged in a short morning presentation or panel discussion over breakfast. Now back IN-PERSON, connect back with your network while mingling over coffee, meet fellow members, and hear from the leaders of our region’s CRE industry, all before your first business meeting of the day.

Over the summer, people began going back to the office, in-person shopping and dining in steadily increasing numbers...

after these few months of transition, how have our habits changed? Will pre-pandemic trends in parking and mobility solutions – everything from ride share to scooter rentals – continue to change the commercial real estate practice in DFW? How are developers, municipalities, and designers innovating to meet a changing demand mix for transportation solutions? What is the latest ULI research on the subject?

For decades, ULI has led the national conversation around parking reform and micro-mobility solutions. Hear from ULI’s Building Healthy Places program and the City of Dallas as they discuss the latest in parking innovation, reducing traffic with micro-mobility, and new research that will help inform future CRE decision-making, including ULI’s new “Parking Policy Innovations in the United States” interactive database and “Small Vehicles, Big Impact: Micromobility’s Value for Cities and Real Estate” report. 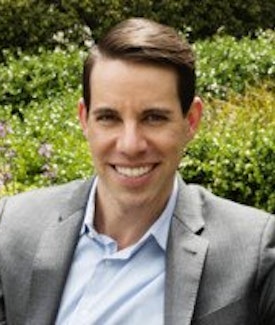 William is Senior Director of ULI’s Building Healthy Places Initiative, where he oversees a portfolio of content and programs focused on health and social equity in the built environment. Prior to ULI, he co-led Kimley-Horn’s Atlanta-based Planning and Urban Design Studio. He has also directed a variety of design-related projects at Midtown Alliance in Atlanta, the National Capital Planning Commission, and the Congress for New Urbanism both in Washington, D.C., and the Markle Foundation in Manhattan. Will holds a Masters degree in City and Regional Planning from the Georgia Institute of Technology, a B.S. in Urban Studies from Georgia State University, and studied architecture at the Savannah College of Art and Design (SCAD). Will is a graduate of ULI Washington’s Regional Land Use Leadership Institute and was named a 2010 Next City Vanguard. He is a member of the American Institute of Certified Planners (AICP).
View in Member Directory Will open in a new window
View in Member Directory Will open in a new window Michael Ablon is the founding partner of PegasusAblon, a multidisciplinary developer and investor focused on the integration of emerging markets and evolving demographic trends. Combining this strategy with nationally recognized institutional capital and private capital, PegasusAblon focuses its practice specifically in the DFW area–where they have developed a commanding understanding of the growth patterns and demographic shifts. Mr. Ablon has completed numerous noteworthy projects in the course of his pursuit of a cutting edge ethos. He is fortunate to have led the redevelopment of the Dallas Design District from a warehouse/showroom district into a vibrant neighborhood with showrooms and galleries, unique restaurants and local retailers, and lofts and apartments while maintaining the history, vibe, and character of the district’s past. In addition to the Design District, PegasusAblon aggregated a dominant presence in the Preston Center Office Submarket, The Oak Lawn District, Frisco Square, The Harbor in Rockwall, Lower Greenville Avenue, and the 7th Street District in Ft. Worth. Mr. Ablon’s culture driven projects include the creation of highly innovative developments including Retail, Office, and Multifamily assets. Michael Ablon received his Bachelor of Engineering and Bachelor of Architecture degrees at the University of Texas at Austin, and earned his Master’s degree from Harvard University. Early in his career, Ablon worked as an apprentice under the world-¬‐renowned theorist and architect Robert Venturi in Philadelphia and has been a visiting lecturer at multiple universities including Harvard and Yale. Prior to founding PegasusAblon, Mr. Ablon held senior positions at Hillwood Development, CarrAmerica, Cousins Properties, and The Retail Connection. PegasusAblon has a reputable award-¬‐winning focus on quality and is honored to have been recognized for Best Multifamily Design Projects, the Dallas Regional Chamber Momentum Award- Community Investor, Best Deal Award for Best Public/Private Partnership, 100 Fastest Growing Companies, and named the #1 Best Place to Work in DFW for small companies. Mr. Ablon’s work within PegasusAblon has led to the completion of over a $1.5 billion of investment transactions in DFW since its inception in 2007. Amongst other personal awards and recognitions, he was a recipient of a Lloyd Warren Travelling Fellowship in Europe for the Paris Prize Competition, a two¬‐time finalist for the Fulbright United States Scholar Fellowship for architectural theory, named one of the 500 Most Powerful Business Leaders in DFW five times, the first recipient of the Pioneer Award for Real Estate Impact in Dallas, and was named a Texas Real Estate Icon in 2020. Michael Ablon’s community work includes acting as the founding Chairman of the Trinity River Corridor LGC, focused on the development of a great new central park for Dallas - The Harold Simmons Park. He is currently the Chairman of The Real Estate Council, and on the Executive Committee driving the development of the Southern Gateway Deck Park in southern Dallas adjacent to the Dallas Zoo. He has additionally been the Chairman of Community Investors, and on the Advisory Board of Directors for BBVA Compass Bank.
View in Member Directory Will open in a new window

ULI Dallas-Fort Worth December Breakfast Forum - Out and About: How We'll Get There & Where We'll Park

ULI Dallas-Fort Worth: The State of the Market and a Look at What’s next in Seniors Housing