We’ll start with a tour of Victory Commons One to learn more about Hillwood’s partnership with DART. TOD Product Council member Bud Melton will then lead an interpretive urban walkabout over to AT&T Discovery District for a trail-oriented planning presentation, followed by beverages* at The Exchange Food Hall until 6:30 pm – at which time attendees can chose to peel off to catch a DART Greenline train at the Akard Station for the return trip to the Victory District.

Parking arrangements to be included with registration packets.

*One beverage is included in the registration fee. Food purchase is on the individual Halff Associates provides a variety of services such as alignment-feasibility, right of way and design decisions for parks, streetscapes, bikeways, transit-oriented and trails-oriented connections throughout the full range of rural, suburban and urban transects. Experienced available speaker on these subject matters. Halff is a full service architectural, engineering, sciences, landscape architecture and planning firm with offices in Texas, Oklahoma, Arkansas, Louisiana and Florida. Always looking for great people. Learn more at: www.Halff.com
View in Member Directory Will open in a new window 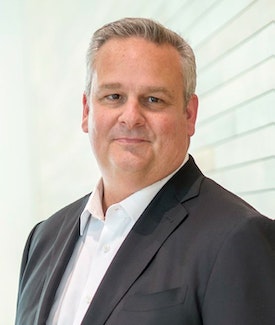 Ken Reese joined Hillwood in 1999 and is Executive Vice President of Hillwood Urban. He serves as development director for all efforts related to Hillwood’s urban development. Hillwood Urban has a number of projects in development included a new office building planned for Turtle Creek; a planned tower located off the Woodall Rodgers freeway; and additional office complexes at Victory Park, among other initiatives. Previously, Mr. Reese led Hillwood’s efforts to develop Victory Park, a 72-acre, mixed-use development in uptown Dallas, and home of the American Airlines Center. In this role, he oversaw the development’s residential, office and hotel components. Development projects managed under Reese’s leadership have included the Perot office campus on Turtle Creek, the Perot Museum of Nature and Science, W Dallas – Victory Hotel and Condominiums, One Victory Park office building, the Plaza Office Buildings, The House condominium, as well as the acquisition and development of the House of Blues. Together with the American Airlines Center, these projects total more than 3 million square feet of building space. Mr. Reese began his career in Dallas for Bramalea, Inc. and in 1991 he transferred to the Toronto corporate office to serve as director of development and dispositions. While in Toronto, Reese was involved in the development of a 500,000-square-foot downtown Toronto office building and three regional malls, as well as the disposition of nine retail and office assets totaling 6.5 million square feet. From 1994 to 1998, Reese worked in Toronto as a consultant for Royal Bank of Canada, Trizac Trilea Partners, Olympia & York, and other companies. During this time, Reese led the strategic planning and redevelopment of a portfolio of 100 assets, managed a pension fund client’s $425 million purchase of three of Canada’s largest regional malls, and oversaw the disposition strategy of a portfolio of 30 assets valued in excess of $500 million.
View in Member Directory Will open in a new window