One of our largest Annual Signature Events, Local Product Councils present: “What’s New, What’s Next” offers multiple 1-hour presentations, each curated by one of our 10 LPC's and focused on their sector of CRE. This year's series is all VIRTUAL, so you can see all you want! NEXT UP: Small Scale Development: "Reviving Retail - Seriously This Time" 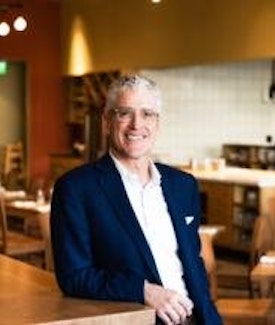 As founder and CEO, Terry Montesi has led Trademark Property Co. through 26 years of innovative, community-focused development. Under his leadership, Trademark has worked on more than $3.4B and 14.6M sq. ft. of some of the most stakeholder-centric retail and mixed-use properties from coast to coast. Terry is the driving force behind Trademark’s collaborative, community-driven approach to development. Terry’s commitment to constant evolution and long-time support of the core tenets of Conscious Capitalism led him to create Trademark’s own conscious development model, the Conscious Place, setting the tone for a continued focus on innovative and experiential retail and mixed-use places. Terry sits on the International Council of Shopping Center (ICSC) Board of Trustees and on the Executive Board for the Center for Real Estate at Texas Christian University. In addition, he is a member of the North Texas Commercial Association of Realtors Hall of Fame, the World Presidents’ Organization, holds the Builder position for the Urban Land Institute Governors Committee (ULI); and has served on numerous committees and judging panels for ULI, ICSC and the Texas Exes. As active participant in the Fort Worth community Terry holds, or has held, leadership positions with the Union Gospel Mission of Fort Worth, Christ Chapel Bible Church, the Trinity Habitat for Humanity, the Modern Art Museum for Fort Worth, and Junior Achievement. In addition, he is an enthusiastic supporter of the Movember Foundation. Before founding Trademark in 1992, Terry was a principal and co-founder of Huff, Brous, McDowell & Montesi, Inc., Fort Worth’s largest commercial brokerage and management firm. Earlier in his career, he worked for Lincoln Property Company. In 1986, he and his brother became Blockbuster Video’s fourth franchisee. Terry earned his MBA from the University of Texas at Austin and BBA from the University of Mississippi. He and his wife live in Fort Worth, TX and are proud parents to th
View in Member Directory Will open in a new window 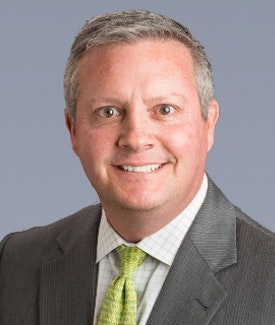 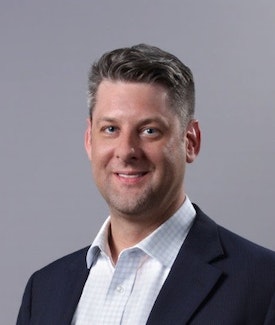 Paul Hendershot is currently the Market Economist for Costar, covering the Dallas-Wort Worth market. His previous positions include; Director of Research for the Charlotte Chamber, Independent Economist, Adjunct Professor of Applied Economics at the University of North Texas and Director of Research for the Dallas Regional Chamber. As the Founder and Chief Economist of Hendershot Economics, Paul had the opportunity to define the Life Sciences industry for BIOCOM among other projects in the Greater San Diego region. During his tenure with the Chamber he completed over one hundred unique economic development projects,These include; Comerica, AT&T, Gulfstream, Arbitron, Capital One, Research in Motion, among others. Mr. Hendershot served in the United States Air Force as a communications specialist, held a top secret security clearance. He worked in Presidential Communications while stationed in Washington D.C. at Andrews AFB and also served at RAF Croughton, England for three years. He volunteered to take part in Operation Joint Endeavor (IFOR) in Bosnia. While in the Air Force, Mr. Hendershot attended the University of Maryland. He studied Sociology at the University of North Texas and received his B.A., graduating cum laude. Soon after, he began his graduate work in Applied Economics at the University of North Texas, receiving his M.S. in 2006.
View in Member Directory Will open in a new window 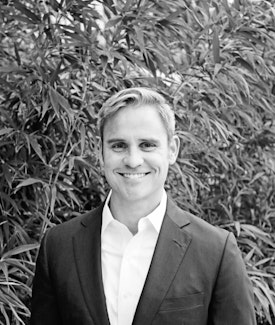 Andrew is co-founder and managing partner of Presidio Interests, a Fort Worth-based commercial real estate investment and development firm with an unconventional, forward-thinking approach. Presidio specializes in strategic, transformative urban redevelopment projects, often converting obsolete and underperforming buildings into meaningful, attractive properties, thereby greatly enhancing value for building occupants, the surrounding community, and for the project’s financial stakeholders. Presidio has completed a number of successful urban infill development and redevelopment projects involving a variety of uses (creative office, class A office, retail, restaurant, residential, industrial/flex). Superior design and positive impact on the surrounding environment are essential elements of each Presidio project. Andrew oversees all aspects of the company’s investment and development activities including new acquisitions, development/ redevelopment management, and asset management of existing portfolio properties. He has served in transaction and portfolio management roles for several commercial real estate firms in Texas and California including Trammell Crow Company and CarrAmerica Realty Corp. Since forming Presidio Interests with Jim Harris in 2007, Andrew has managed the acquisition, development or redevelopment of over 230,000 square feet of urban infill commercial projects with estimated value in excess of $55 million.
View in Member Directory Will open in a new window

ULI brings together 8 district councils from all across the South/Southwestern region of the United States to explore how extreme heat is impacting the real estate industry, from land use patterns to building design and operating costs.

Members Only ULIDFW WLI Learn from a Leader Finance Session

Join WLI for our Learn from a Leader Series, providing opportunities for a deep-dive into career-essential topics in CRE, including: Finance, Economic Incentives, Design and Construction, Development, Post Occupancy and Leasing. Our first session of the series will be held on July 23rd on the topic of Finance, led by Mollie Mossman.

Part of the RPIC Webinar Series, this webinar will feature Kevin Bates, one of the pioneers of net zero, who will share his approach to net zero development – and how these development projects can generate an attractive return on investment.