· Where are we at the start of 2021, and what’s ahead for markets and sectors?
· What is the impact on real estate prospects of the most recent federal relief package?
· Who/what will be the relative winners or remain challenged coming out of the crisis?
· What should we not underestimate—good or bad?
· Where do the experts agree and disagree?

Questions from listeners are encouraged. 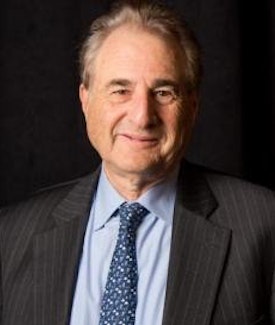 Ken Rosen is Chairman of Rosen Consulting Group, a real estate market research firm, Chairman of the Fisher Center for Real Estate and Urban Economics, and Professor Emeritus and California State Chair of Real Estate and Urban Economics at the Haas School of Business at the University of California, Berkeley. Mr. Rosen has been a trustee of the Urban Land Institute and is a member of the board of directors of several non-profit and for-profit entities that deal with real estate finance and development. He was appointed to the Economic Advisory Board to the Secretary of the Department of Commerce by President Ronald Reagan. He has testified on numerous occasions before various United States Senate and United States House of Representatives committees, and the California Senate Judiciary Committee on housing policy issues. He has appeared on CNBC, CNN, the Today Show and PBS discussing real estate issues. He has been widely quoted in The New York Times, Wall Street Journal, Bloomberg Businessweek, San Francisco Chronicle and San Francisco Business Times. He has authored over 100 articles and four books on real estate and real estate finance. He was formerly the Chairman and founder of Rosen Real Estate Securities LLC (RRES), and Chairman, founder and portfolio manager of Lend Lease Rosen Securities, both REIT money management firms. Also, Mr. Rosen served as the special real estate advisor to The Davos World Economic Forum, and from 1985-1990 he was Consultant/Managing Director of Salomon Brothers’ Real Estate Research Department. Mr. Rosen received his Ph.D. in Economics from the Massachusetts Institute of Technology, and a B.A. with highest honors from the University of Connecticut in 1970. He was a Professor of Economics at Princeton University. Ken has played in the AT&T Pebble Beach Pro-Am golf tournament twelve times and made the cut three times.
View in Member Directory Will open in a new window 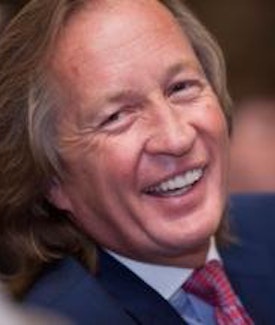 Roy March has been with Eastdil Secured since 1978 and is currently the firm's CEO. With over 38 years of capital markets experience, Roy also serves on the Board of Directors of the Real Estate Roundtable, as well as Chairman of the Advisory Board of the Real Estate Center at The Wharton School at the University of Pennsylvania.
View in Member Directory Will open in a new window 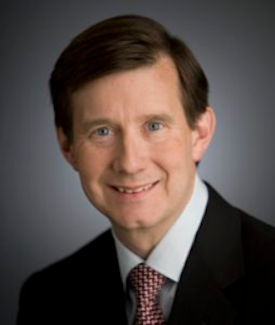 W. Edward (Ed) Walter, a widely renowned real estate industry leader and most recently the Steers Chair in Real Estate at Georgetown University’s McDonough School of Business, is ULI's Global Chief Executive Officer. Walter brings to ULI more than 35 years of management experience in the real estate profession across a variety of disciplines including hotels, multifamily, and land development, with a strong emphasis on capital markets and investments. From 2007 through 2016, he served as Chief Executive Officer, President and Director of Host Hotels and Resorts, Inc., where he led a $19 billion-plus global lodging real estate investment trust (REIT) with a high-performing portfolio of more than 110 hotels around the world. Prior to becoming Host’s CEO, he served as the company’s Chief Financial Officer for more than four years and served in other executive roles at Host for seven years prior to being named the CFO. Walter’s service at Host overlapped with his four-year tenure at Georgetown, where he created and taught the Real Estate Public Equity course, which is designed to explore multiple aspects of REITs.
View in Member Directory Will open in a new window

This four-session educational series is presented in one-hour topical segments by the ULI Greenprint Center for Building Performance.

Calling all CFL Alumni! Cut out of work early on February 25th at 4:30pm and join us for our premier virtual scavenger hunt. Groups will solve riddles about the Dallas-Fort Worth commercial real estate industry for prizes!