Join ULI Dallas-Fort Worth for a Breakfast Forum that will explore how Fort Worth is capturing this growth opportunity to build a strong, vibrant, and sustainable community for everyone.
Go to official site

If you cannot attend in-person, the virtual program registration is available through this link.
Register Yourself Register Two or More
View Event Attendees

This meeting will be conducted as a hybrid event.

If you would like to attend in person, please register here.

Waiver and Release: I understand that my participation in the Event involves a certain degree of risk of loss, harm or injury to my person or property, including, but not limited to, harm from contracting COVID-19 or other viruses, acts of God, theft, fire or accident. I also understand that participation in this Event is entirely voluntary and requires attendees to abide by any applicable rules of conduct or local or state laws that may be announced at any time during the Event, which may include wearing personal protective gear and engaging in social distancing. While ULI is the sponsor of this Event and takes commercially reasonable steps to require the Event facility to maintain the venue in a safe and healthy condition, I understand and acknowledge that ULI has no direct control over and is not responsible for the acts or omissions of the facility or others involved in producing this event. I have carefully considered the risk involved and waive and release ULI and all its officers, directors, employees, staff, volunteers, faculty and affiliates from any and all claims, damages, injuries, or expenses that I may incur from my participation in this Event.

If you would like to attend online, please register here. Certified Economic Development Finance Professional (EDFP) that has leveraged partnerships with public and private entities resulting in the announcement of over $3.0 billion in new capital investment and the creation/retention of over 23,000 jobs. My background also includes positions in banking operations and commercial real estate management which has helped me navigate some of the specific challenges that arise in commercial real estate development. I understand the importance of giving back to the community and have served in many roles such as the past President of the Greater Fort Worth Area Economic Development Association, current Board Member of Cancer Care Services, and Fort Worth Country Day School. I also serve as an Ex-Officio Board Member for Fort Worth South Inc. and Fort Worth Sister Cities International. Professional associations include the Texas Economic Development Council, International Council of Shopping Centers, Real Estate Council of Fort Worth, Rotary Club, and Leadership Fort Worth.
View in Member Directory Will open in a new window 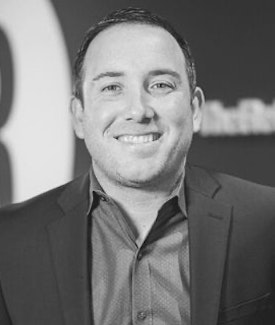 Aaron Farmer brings to The Retail Coach knowledge of the most current research on retail and marketing trends. Prior to joining The Retail Coach, Aaron was employed in marketing research and retail development where he worked on projects for some of America’s leading retailers and restaurants including FedEx, Kinkos, Sally Beauty Supply, Adidas, Concentra and the National American Association of Subway Franchises. Aaron’s expertise touches each step of a project from the initial trade area determination to the actual recruitment of retailers. Aaron holds a degree in Marketing from The Mays Business School at Texas A&M University and an MBA from Texas A&M University – Commerce.
View in Member Directory Will open in a new window 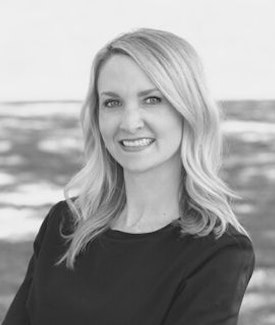 Mattie Parker is the founding CEO of Fort Worth Cradle to Career and the Tarrant To & Through (T3) Partnership, which aims to ensure more students have the training needed to thrive in today’s workforce. Mattie has fifteen years of experience in national, state and local public affairs, including chief of staff for the Fort Worth Mayor and City Council where she led successful efforts to improve efficiency at City Hall. She serves on the board of directors for The Gatehouse’s Legacy Early Learning Academy, Read Fort Worth, Operation Progress - Fort Worth, and ACH Child and Family Services. Mattie and her husband, David, have one daughter and two sons. She graduated from the University of Texas at Austin with a Bachelor of Arts in Government and has a law degree from Texas A&M University School of Law where she was awarded the prestigious MacLean & Boulware Endowed Law Scholarship.
View in Member Directory Will open in a new window 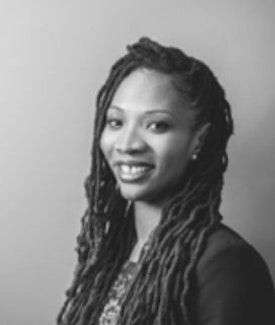 As Vice President of Urban Development, Dionne plays a key leadership role to expand technical service offerings to neighborhood commercial districts, lead the retention and growth of UM/MSA City Coordinating Programs, the UM Network and designated UM districts. Specifically, Dionne works to build economically vibrant neighborhood commercial districts and community leaders through the Center’s UrbanMain (UM) 4-point Approach. Prior to this role Dionne served as the Director of UrbanMain an initiative developed by the Center four years ago to broaden its offerings and engagement in urban neighborhood commercial districts. Dionne has over two decades of experience in project coordination in the fields of urban economic development and commercial district revitalization. She has extensive expertise engaging community stakeholders, identifying, and implementing projects in conjunction with community- based organizations, government institutions, and real estate development, as well as supporting capacity building opportunities. Before joining the Center in 2016, Dionne served as Senior Program Officer for Local Initiatives Support Corporation (LISC) Chicago where she managed economic development initiatives for the Chicago office, developed and led the award-winning Business District Leadership program and the nationally recognized Smart Communities demonstration. Before LISC Chicago, Dionne served as a Financial Planning Analyst for the City of Chicago’s Department of Community Development where she administered the Tax Increment Finance Interest Subsidy program for developers, rehabilitation grant programs to eligible Chicagoan residents and small business owners. Dionne holds a master’s degree in public administration from Roosevelt University and a bachelor’s degree in communications from the University of Illinois at Chicago. Dionne is a board member of the Small Business Anti-Displacement Network a community of practice committed to preventing small business displacement in gentrifying neighborhoods. Dionne also serves as an advisor board member to the Center of Technology in Government, University of Albany, SUNY IMLS research project “Enabling, Smart Inclusive and Connected Communities: The Role of Public Libraries” to provide strategic advice to the research team. She has also served on several ULI Advisory Service Panels across the country. Locally, Dionne serves in an advisory board capacity to several entities in Chicago such as the Community Law Project, and Equiticity. She also serves as a committee member for Chicago Metropolitan Agency for Planning (CMAP) Economic Development Committee and Metropolitan Planning Council (MPC) Transportation Committee.
View in Member Directory Will open in a new window 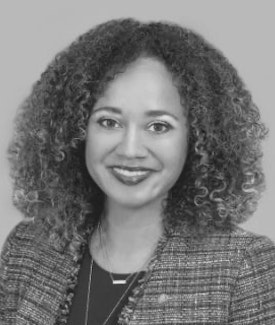 For over 20 years, Courtney Garner Lewis has been a commercial banker in the North Texas Market with both large and small institutions. She is currently leading the Middle Market effort for BancorpSouth covering North Texas, Arkansas and Oklahoma. A first generation college student she began her academic journey at Dallas Community College and won an academic scholarship to attend SMU where she was a pre-med student. After deciding medical school might not be an option with two small children she changed majors and earned a degree in Finance which launched her career in banking. When not meeting with clients or working on deals she can be found serving the community. She is currently serving as President of the Rotary Club of Fort Worth, Immediate Past President of the Ronald McDonald House of Fort Worth and Chairwoman of the Housing Channel community housing development organization. She is a Leadership Fort Worth Class graduate and a 40 under 40 recipient in 2013. Courtney currently resides in Fort Worth with her husband and three dogs. Her children are now grown and she enjoys time with her 3 grandsons.
View in Member Directory Will open in a new window